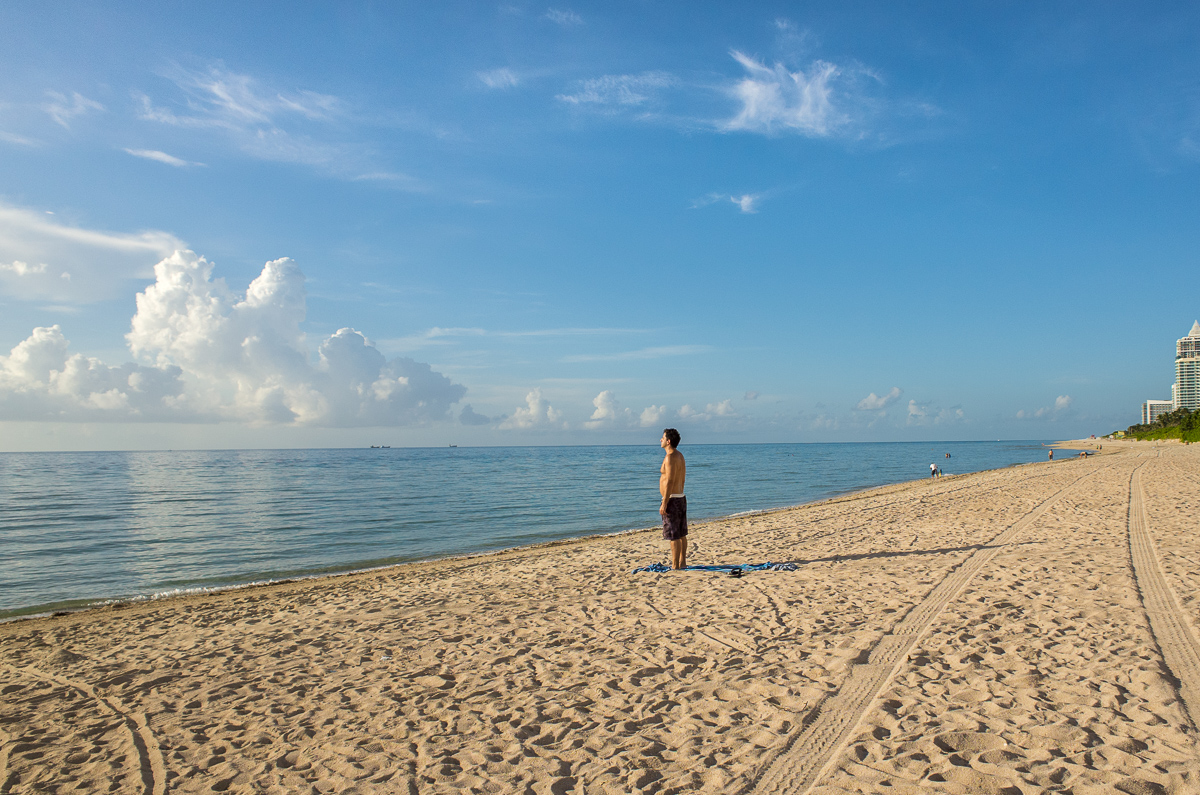 Father died on 25 July 2014 at 11:30pm. It was a warm, balmy Friday night in Miami Beach, Florida. He had been in hospital for about 3 weeks. Brought in, revived en route after two, maybe three cardiac arrests that first night. It was early July. It was 2 July when mother called to tell me father was taken to hospital. I arrived in Miami Beach on 8 July.

He was in the icu for most of the three weeks. He was conscious some of the time. Lucid. Joking with us. But he was also intubated the whole time. They tried twice to remove the breathing machine but he needed it to live. The last two days he spent in hospice until he passed away.

The doctors, the nurses, they were all great. Helpful. Kind. And they kept him free of pain.

It was about a year and 8 months before I could go down to the beach in my bare feet and enjoy the feel of the ocean caress my toes. I was grieving.